Royal Challengers Bangalore captain Virat Kohli was all praise for his big-hitting opener Chris Gayle and felt 156 was a good enough score for his side to defend. 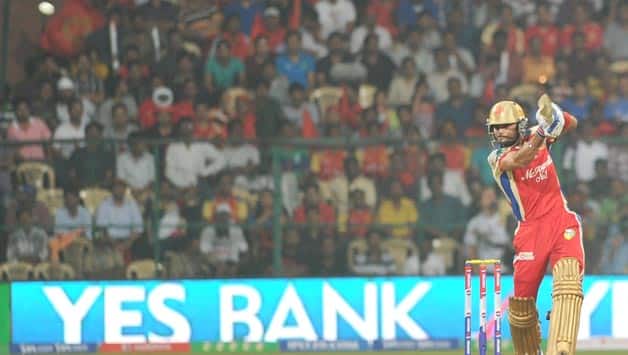 Royal Challengers Bangalore captain Virat Kohli was all praise for his big-hitting opener Chris Gayle and felt 156 was a good enough score for his side to defend.

Gayle smashed an unbeaten 92 to single-handedly power RCB to a fighting 156 for five and Kohli said he had the faith in his bowlers to restrict Mumbai below the total.

“Chris batted beautifully. We knew 157 was enough. The dew came on, and the way we fielded was good. The way Unadkat bowled the over towards the end was good,” he said after RCB eked out a two-run win over Mumbai in an Indian Premier League match here tonight.

Mumbai skipper Ricky Ponting is a disappointed man and said they have some thinking to do after today’s loss.

“I may lose most of my finger nails. Disappointing not to have won the game. We have to analyse our game. I think with our bowing today we were a bit behind,” Ponting said.

He praised debutant Jasprit Bumrah, who picked up three wickets for 32 runs today.

“We had a good chat about Jasprit and he didn’t let anyone down,” Ponting said.

Man-of-the-match Gayle said early on the pitch was not conducive for shot-making and that’s why he adopted a wait-and-watch policy before exploding in the eight over.

“I might come out swinging early in another game. I needed to stay there. The ball was seaming around. The key was to put up a partnership with (Daniel) Christian,” he said.