Senior opener Virender Sehwag is likely to play his first game for Delhi Daredevils in the sixth edition of Indian Premier League against Sunrisers Hyderabad on Friday. 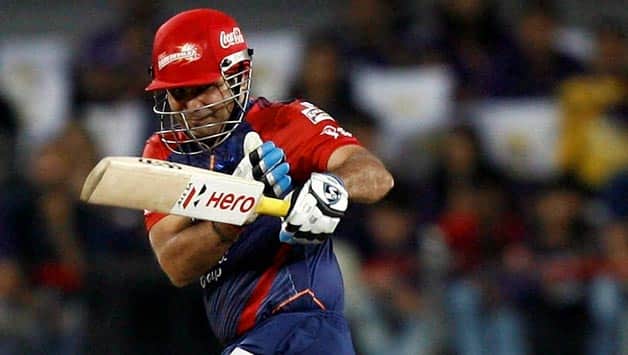 Senior opener Virender Sehwag is likely to play his first game for Delhi Daredevils in the sixth edition of Indian Premier League against Sunrisers Hyderabad on Friday.

The opener did not play the first three matches due to back spasms but he has now recovered pretty well and is expected to have a full training session tomorrow evening.

“He had a good session in Mumbai prior to our last match and could have played. But he had some discomfort due to which we decided not to risk him. We don’t want him to play one match and then miss the next few matches. I am hopeful that he will be playing our next match,” Daredevils Team Mentor TA Sekar told PTI at the team hotel today.

Sehwag’s presence is very important in the larger context of Daredevils’ performance in the cash-rich league as they have lost all the three matches so far.

The Sehwag-Warner opening combination has a fear factor associated with it and is expected to perform much better than Warner-Unmukt Chand duo.

Unmukt who has two noughts in three innings is likely to make way for Sehwag in the playing XI. With Manpreet Juneja scoring 49 against Mumbai Indians, it will be difficult for the team think tank to fit in the former U-19 India captain in the playing XI once Sehwag returns to action.