IPL 2014: AB de Villiers is one of the best batsmen in the world, says Parthiv Patel

IPL 2014: AB de Villiers is one of the best batsmen in the world, says Parthiv Patel

Royal Challengers Bangalore (RCB) wicketkeeper, Parthiv Patel, hailed AB de Villiers for his innings against the Mumbai Indians (MI) in their Indian Premier League (IPL) match. The Man of the Match-winning opener said that it was de Villiers who helped calm things down after a nervous start that saw RCB reeling at 17 for three.

“I think I couldn’t have asked for any better person to come in at that time. You know AB expectedly is one of the best batsmen in the world. He calmed the procedure down,” Parthiv said in an interview to RCB’s official website.

Parthiv said De Villiers took his time to settle down and asked him to take his time. “We were in a bit of trouble initially but AB came in and he handled the ship and I just had to take singles and after that I took over,” he said. “I said [to AB] that we just need to bat 20 overs, and if we can do that we will win. We needn’t worry about the runs, just play 20 overs and that exactly what we did.”

Parthiv said the bowlers set the game for RCB by restricting Mumbai Indians to 115 on a difficult wicket. “The bowlers set the game for us on that wicket. Obviously it wasn’t easier, but our bowlers did a good job and restricted them to 115,” he said. After winning the second game against Mumbai Indians, Parthiv said, “It was all in all good start for us in the tournament and hopefully we can continue this.” Asked what is the key to his success and confidence these days, Parthiv said he has had a good domestic season and is carrying the form into the IPL this year.

However, the Gujarat cricketer said he had worked hard on his game and is glad to get results from it. “I have worked hard on my game and I am glad that whatever work I have put in, [I am] getting results for it,” he said. 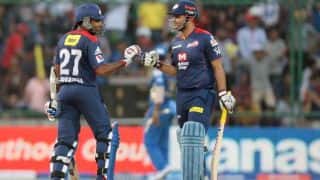 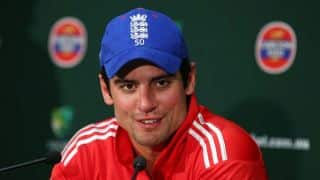