The left-handed opening batsman, known for playing power-hitting shots was priced at just INR 10 lakhs yet, found no takers even at his base price. It is surprising, as some of the teams especially Kolkata Knight Riders (KKR) lacked firepower at top of the order and he was in good form too.

A few other teams like Delhi Daredevils (DD) and Kings XI Punjab (KXIP) had the option of picking foreign players, too but they didn’t go for him either. At INR 10 lakhs, he looked a good buy during the IPL 2014 auction. 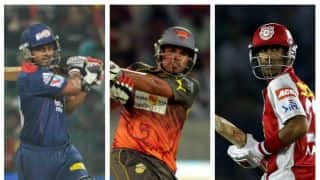