Suresh Raina believes Chennai can ward off the pressure during IPL 2014.

Suresh Raina, the Chennai Super Kings batsman has said that his side are looking forward to build a winning momentum early in the Indian Premier League (IPL), 2014 and will not let pressure get to them. Raina is a crucial part of the Chennai franchise, which has faced the heat in the recent times with the Supreme Court of India initially recommending their expulsion and the allegations of betting surrounding Gurunath Meiyappan. They also have some new faces in the team to go with the regulars.

Speaking to Gulf News, Raina said, “We are professionals and will not allow any pressure to affect our performance. The first five games can be extremely important in the IPL to build up a winning momentum and that’s what we will focus on.”

Raina also credited Sourav Ganguly for his performance during the ICC World T20 2014. He said, “I have been speaking to him often in the last two months and Dada stressed on the need to stay positive. I was quite happy with the way I batted in Bangladesh and hope to carry on in the same vein in the UAE.”

The IPL kicks off in the United Arab Emirates on April 16 and Chennai Super Kings play their first game on April 18. 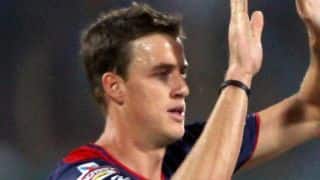