Gambhir credited his team for bouncing back from their shocking loss against Rajasthan.

He realises that it is not going to be easy for a team that won only three matches of the eight it has played, but he still sees a ray of hope, and to be on course it needs to win the remaining six matches to make the play-off.

For that to happen, Gambhir feels his two overseas spinners, Sunil Narine (West Indies) and Shakib Al Hasan (Bangladesh), are the key to pulling the Knight Riders back into contention on the turning Indian tracks.

“They both are exceptional bowlers and have performed brilliantly,” said Gambhir with an air of confidence. The Knight Riders skipper is confident that Narine and Shakib would still bowl the team to get to the play-offs.

“The next few matches are crucial for us, especially now that we are back in Indian conditions, and we are confident that the two potent spinners will get us back into the reckoning by giving us the results we are looking for,” he said.

Both Narine and Shakib have been effective this season and if they have not been able to win matches consistently it is not their fault; the batsmen let the team down.

While West Indian off-spinner Narine is among the leading wicket-takers with 12, Bangladesh’s left-arm spinner Shakib has bottled one end up and claimed six wickets at a miserly rate.Gambhir was all praise for the veteran South African all-rounder Jacques Kallis, who has been impressive with the bat this season, and said he is a good influence on the team both on and off the field.

“Jacques is a great cricketer and great person to have in the dressing room. Apart from contributing to the team with the bat and ball, he brings a lot of experience to the dressing room. There is a lot of respect for him and he is a very good influence on the team even off the field,” he said.

Gambhir hoped that Wednesday night’s eight-wicket win against Delhi Daredevils, after a streak of three losses, has brought their tottering campaign back on track. Knight Riders are currently fourth in the points table with three wins.

“We needed the win (against Delhi Daredevils) to stay in the running and everyone contributed to this victory. There are still a lot of matches to be played this season, and we are just focussing on the next game for now and building on from three wins,” said Gambhir.

Asked if the inexplicable loss against Rajasthan Royals this week acted as a wake-up call for the team, Gambhir said it was a hard loss to digest. Knight Riders became the first team in the history of the IPL to lose a match after a century opening stand chasing a target.

“We have not played to our potential in the last few games. The Royals game hit us hard, though we did take a few positives from the game. We wanted to build on and that’s what we did,” he said.

Gambhir said it was difficult to pick any single reason why the team has performed inconsistently this season. “It is difficult to pinpoint specific reasons for our performances, but there were a few areas that we as a team realised we could improve on. We are working hard to get the desired results and are looking forward to get them in the remaining games.”

Gambhir, who started poorly with a hat-trick of ducks, regained his touch with scores of 69, 54, 6 and 45 in the last four outings and he wants to carry on the form.

“Every cricketer goes through a bad stretch and it’s part and parcel of any sport. I always backed myself through it and knew it was just about getting one good knock out in the middle,” he said. 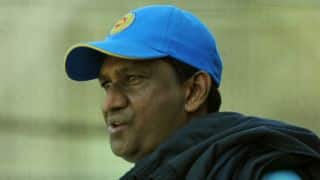