Irfan Pathan said his past experiences in making comebacks will help him this time around.

Irfan Pathan said on Friday he is aiming to stage a comeback into the Indian team by using to fullest the opportunity of playing for Sunrisers Hyderabad in the upcoming Indian Premier League (IPL) 2014.

“I could give a good performance even after an injury. This IPL, I would like to do well and try to get into the team. I was out of the team because of injury. I will try to improve further so that I can come back.”

Asked how difficult it is to make a comeback, he said: “I staged a comeback earlier too. So, I know that. It is simple. You should be fit and give a good performance. If you do these two things, you can.”

Irfan said he is trying to be good enough to perform whatever role he is assigned by Sunrisers Hyderabad.

“It depends on the team management to decide which position I should play in the batting order. The coach spoke to me and told me what he expects from me,” he added.

“Number [in batting order] does not matter. My aim is to come out with a good performance whether with bat or ball. I will be ready to bat at any order.”

The experience of playing in the UAE would help him as the initial phase will be played in the Emirates, he said.

“I played in Abu Dhabi. I played a couple of games there. I know the pitches. But this is going to be after a couple of years. It is pretty similar to India,” he said.

“The experience I have of playing around the world, playing in domestic cricket and in international cricket, I think that’s going to be a big factor,” Irfan said. IPL 2014: Ishant Sharma believes wickets in UAE similar to others in Asia 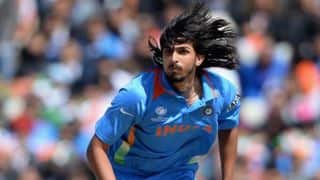