Sehwag's 122 powered Kings XI Punjab in to the IPL 7 final.

Virender Sehwag finally played that one special innings and it came when Kings XI Punjab needed it the most as they qualified for the Indian Premier League (IPL) 7 final beating Chennai Super Kings (CSK) by 24 runs. Sehwag plundered 122 in just 58 balls. Fellow teammate David Miller said that he was speechless watching Sehwag bat from the other end.

“Speechless! It was phenomenal to stand once again on the non-striker’s end and watch him perform like that. It was the probably the best seat in the house. So it was really special for me and my career,” Miller was quoted as saying by the official website of the IPL.

“It’s been a true privilege. You always hear a lot of things about people until you meet them, and Sehwag has been a phenomenal man. I have really learnt a lot from him and just the way he goes about things; he has been a humble man and very generous and really good to the younger players. He strikes me as fearless. He plays his natural game no matter what the situation. He just backs himself 100 percent,” Miller added.

This is the first time, KXIP have qualified for an IPL final and will face the champions of 2012 Kolkata Knight Riders in Bangalore on Sunday. “It is a very special moment. A lot of guys did a lot of hard work. Probably, this was the perfect performance that we could have had in a Qualifier. I am really ecstatic to be in the Final. It is always a special thing to be in a Final no matter what tournament it is. The IPL is just really goo,” said Miller.

Miller himself has been in sublime form and has been the mainstay for Punjab while Glenn Maxwell’s form has dipped towards the end. “I am enjoying my cricket at the moment and it takes a lot of pressure off me when they are hitting on the other side. It is not really that difficult to adapt, but it is just that it helps to go along and do what you do,” Miller said. 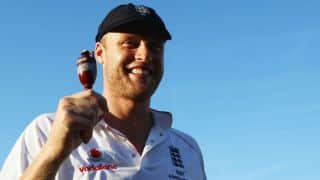