Gambhir has been dismissed for a duck thrice in the four matches he has led the team so far.

Hit hard by the woeful form of its captain Gautam Gambhir, Kolkata Knight Riders (KKR) would look for a turnaround in their fortunes when they take on Rajasthan Royals (RR) in an Indian Premier League (IPL) 2014 match on Tuesday. Kolkata is struggling in their batting department with Gambhir having been dismissed for a duck thrice in the four matches he has led the team so far. He scored just one in Kolkata’s last match against leaders Kings XI Punjab, which his side lost by 23 runs.

The 2012 edition champions have one of the strongest batting line-ups among the eight IPL teams but none of their batsmen, except Jacques Kallis and Manish Pandey, have been consistent so far. Their batting problem was compounded by the disappointing form of big hitter Yusuf Pathan, who has scored just 17 in the four outings till now.

After a bright start in the tournament with a victory over defending champions Mumbai Indians, Kolkata have been finding it difficult to click as a team. Had it not been the stunning catch by Chris Lynn to dismiss A B de Villiers, Kolkata would have lost their match against Royal Challengers Bangalore on April 24 in Sharjah.

Kolkata though still have time to come back with a bang as it is early days in the tournament and despite their inconsistent form, they are still in the third place in the league table with two wins from four matches.

With the likes of mystery spinner Sunil Narine, highest wicket-taker so far this season with nine scalps to his credit, in fine touch and the bowling department comparatively doing well, Kolkata would be hoping to end the UAE leg of their campaign on a winning note tomorrow.

Just like Kolkata, Rajasthan also began their campaign with a victory but suffered two consecutive losses before winning their last match against Bangalore. They also have same points with Kolkata on four.

Just like Kolkata, the Jaipur-based side have also been facing problems at the top with openers Abhishek Nayar and Ajinkya Rahane failing to give a strong start in the four matches they have played so far.

The win against Bangalore in their last match must have boosted the confidence of Rajasthan, more so with their captain Shane Watson’s return to batting form and picking up a wicket in that match.

Rajasthan’s bowling department, which does not have any big name, has been doing a fine job. Except against the rampaging Kings XI Punjab, the Rajasthan bowlers have restricted their opponents to modest totals and it will be interesting to see when they come up against the likes of Kallis and Gambhir.

Pacer Rajat Bhatia and off-spinner Kane Richardson have been consistent while leg-spinner Pravin Tambe scalped four in Rajasthan’s thrashing of Bangalore in their last match. 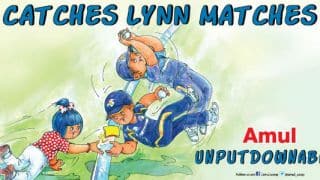 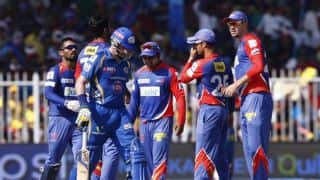