KPH Dream Cricket has shown profit to the tune of Rs 78.01 lakh for the first time.

Indian Premier League (IPL) franchise Kings XI Punjab, which is on a roll with brilliant performances in the seventh season, has turned profitable as its owner KPH Dream Cricket has shown profit to the tune of Rs 78.01 lakh for the first time since the start of the extravaganza in 2008.

Co-owned by Bollywood actress Preity Zinta, KPH Dream has declared profit before tax amounting to Rs 78.01 lakh for the financial year 2012-13, as per financial documents including profit and loss account of the company filed with Registrars of Companies (RoC).

According to the shareholding pattern in the company, actress Preity Zinta and industrialist Ness Wadia have 23 per cent stake each while industrialist Mohit Burman has 46 per cent, Karan Paul, chairman of Apeejay-Surrendra Group and Delhi based company Root Investment have 4 per cent each. 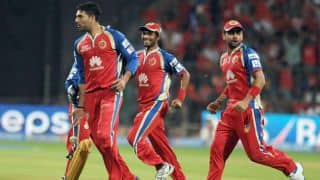