Man of the Match
Dale Steyn

Good news from the middle, the rain has stopped and the skies are clearing up. The covers are being taken off now, and play will resume soon. Stay tuned, we’ll be back very soon!

It’s time for the toss now. Pommie Mbangwa and Craig McMillan out with the captains Kevin Pietersen and Shikhar Dhawan respectively. Home-team captain Pietersen to toss the coin, and home-ground hero Dhawan to call it. Tails is the call. And it is tails. Dhawan wins the toss, and elects to bowl first. Delhi to bat. SRH to play with the same team, but three changes for Delhi.

Hello and welcome to CricketCountry’s coverage of the Indian Premier League (IPL) 2014′s 32nd game between Delhi Daredevils and Sunrisers Hyderabad at Delhi. I am Shiamak Unwalla and I will take you through the entire match. Delhi have been struggling for form with only two wins in their eight games. On the other hand, Hyderabad have six points to their credit by winning three of their games. Delhi needs to up their game, as they have really been struggling in the tournament. Their star player and skipper Kevin Pietersen has struggled for form and consistency in IPL 7. Their bowlers too have struggled for form and consistency.

Hyderabad as well haven’t been consistent enough but they did beat Rajasthan Royals (RR) and in turn that should lift their sagging spirits. They have a fine bowling line-up. But their batsmen have been a touch inconsistent. They depend on the likes of Shikhar Dhawan, Aaron Finch and David Warner to score the bulk of runs for them. 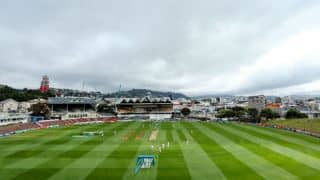 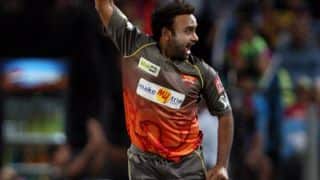