For the last six editions Hussey was part of CSK and this year will be playing for MI.

The Indian Premier League (IPL) is going to start in a week’s time and the first leg of the tournament is being held in UAE. Mumbai Indians, the reigning champions will be hoping to retain the title. Their hopes will be high as they have bought the services of Michael Hussey and making their batting line-up even more strong. Hussey had an immensely successful run with the Chennai Super Kings, and is looking forward to spend some quality time with Sachin Tendulkar in the Mumbai camp.

At the age of 30, Hussey entered the international stage. Very few would have thought that he would leave a mark. He replaced Michael Bevan, one of the best finishers in the game. But he not only replaced him but also made an identity for himself.

For the last six years Hussey has played Chennai Super Kings (CSK)  and has played a vital role in helping them dominate the IPL. CSK has been a part of five IPL finals out of the six and have won two of them.

“Yes it will be different but I am excited by the challenge of joining a team that I have admired and respected over the six years,” he said in an interview with iplt20.com.

This year he will be playing for Mumbai Indians. He is very also excited at the prospect of being a part of a team that has legendary batsman Tendulkar, and he hopes that the batting legend doesn’t get bored of him at the end of IPL with all the talks about life and cricket.

“Excited about joining the champion team and the chance to play home games at Wankhede stadium, which probably has the best atmosphere I have ever experienced,” Hussey expressed.

Mumbai and Chennai have enjoyed some great matches and are two heavyweights of the league who seemed to have developed a rivalry among themselves.  When asked about how he would feel to be on the other side of the rivalry, Hussey claimed, “I have had some great battles with Mumbai Indians over the years and look forward to many great battles with CSK over the next few years.”

T20 cricket is all about innovation and about cheeky shots, when asked whether he had been working on any outrageous T20 shot he replied, “Ha! Not really, I still think your basic game needs to be in good working order and then you try and adapt according to the situation of the game.”

Being retired for almost a year now, his fitness will surely be tested even though he was part of the Big Bash League. T20 is a format where fitness of a player has to be on the top, helping them better their performance. Hussey says he has worked hard on fitness and is looking forward to start on a good note.

“I have still been able to work hard on my fitness and strength and I am still the playing in the Big Bash League in Australia. I may be a little rusty early in the tournamentbut I think I won’t take long to get up to the required level.”

Famously known as Mr. Cricket, Hussey feels life won’t be tough after cricket as he will be  involved with the  game in some way or the other. 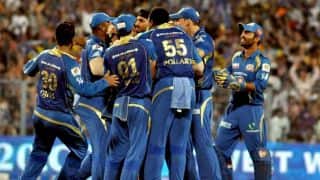