Chennai first rode on Suresh Raina‘s fine half-century and a late burst from skipper Mahendra Singh Dhoni to post a competitive 177 and then came up with a disciplined bowling and fielding effort to bundle out the Daredevils for a paltry 84 in 15.4 overs.

“It was a complete performance. Catches win matches and it was proved today . This was a perfect game for us,” Dhoni said at the post-match presentation ceremony at the Sheikh Zayed Stadium.

“There was a bit of help for fast bowlers. Seven batsmen should be good enough. We had a day off and fielding is something we always emphasise on and it can be a benchmark for forthcoming games,” he added.

Losing skipper Dinesh Karthik feels it was an achievable target. He also said that injury to Nathan Couter-Nile at the start of the match hurt their cause.

“Coulter-Nile will be out for some time, pulled his hamstring. To have lost him that early was a blow for us. But the target was gettable if we batted better,” he said.

“The ball was seaming. Under the lights it was doing a bit more. I would have batted second anyway had I won the toss.”

Raina, who was adjudged man-of-the-match for his 41-ball 56-run knock and three catches, said fielding played a big role in Chennai’s win today.

“We bowled really well. We won the match because of the fielding. The pitch was doing something. The new ball does do more under lights,” he said.

He also praised young Ishwar Pandey who picked up two wickets for 23 runs in his first match.

“I think Ishwar Pandey won us the game today.” 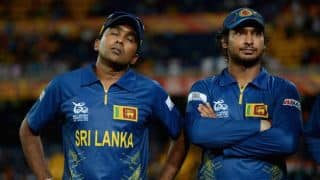 Mahela Jayawardene, Kumar Sangakkara could be reprimanded for comments on SLC 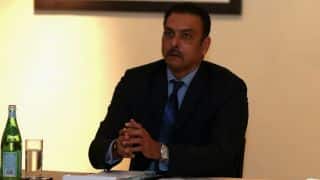