After losing five consecutive matches Mumbai have two matches in a row.

“We have been waiting for this moment the past couple of games. We are executing our plans and things are falling in place. We are doing really well,” said Gautam who played his part by scoring a brisk 30 off 28 balls with three sixes and two fours, opening the innings with Ben Dunk.

MI set a stiff target of 188 for RCB to chase and the visitors fell short by 19 runs to provide the hosts their 10th win at home going back to last season’s beginning.

Gautam, not a flamboyant batsman in Ranji Trophy where he represents Karnataka, said he has been given the license to go for the big shots by the MI team management.

“I felt really good and the wicket was good to bat on really though initially it was doing a bit. I am enjoying my game to hit those big shots. The team management is completely behind me. They have given me the license to go and express myself,” said the young batsman who played a few seasons for RCB before shifting base to MI.

Gautam said he had opened in his first few games for Karnataka in Ranji Trophy before going down the order and that experience was helping him in IPL.

“Before Ranji Trophy I was an opener [in junior level] and even in Ranji, I had opened in the first five games [for Karnataka]. That experience is helping me.”

Gautam felt the wickets of Chris Gayle and Parthiv Patel, after they went hammer and tongs at MI bowlers by putting on 53 runs in the initial power play, were crucial.

“When chasing 187, it [RCB collapse] was bound to happen. We expected Parthiv and Chris Gayle to go hard and those couple of wickets turned the game for us,” he stated.

Gautam is pleased at the confidence shown in his ability by MI after having been kept on the bench by RCB over the last few seasons.

“I was part of RCB for three-four years and have not got a game for them. Mumbai gave me the opportunity and I am glad I am doing well for them. It’s got nothing to do with Karnataka or anything. It’s Mumbai club and Bangalore club,” he emphasised when asked about his bent of mind playing for Karnataka in Ranji Trophy and for the Mumbai franchise in IPL.

“It’s a fantastic side with so many legends in the team.

Whenever I want to, I can ask them whatever I need to. It’s a great platform for youngsters, playing in such a superb franchise,” he added.

Gautam conceded that pressure did exist to live up to the expectations of Mumbai’s supporting crowd at the Wankhede Stadium the team was looking forward to play the last three games (on May 10, 23 and 25) and win those too.

“There’s a lot of pressure playing here which is our fortress. We have been unbeaten for 10 games. I am looking forward to play a couple of those games and win those.” 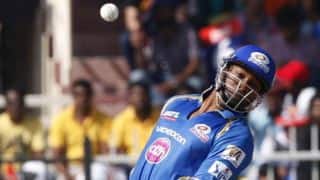 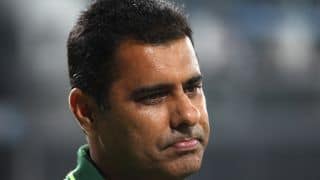