The defending IPL champions would be kicking off season 7 of the cash-rich T20 league with a game against 2012 winners Kolkata Knight Riders (KKR) on April 16 in Abu Dhabi, UAE, where the first 20 matches of the season would be held before the tournament shifts to India on May 2.

Along with the MI, seven other teams are to fight it out in the UAE leg of the tournament from April 16 to 30 at three venues – Abu Dhabi, Dubai and Sharjah.

“As India continues to play an important part in the growth of Etihad Airways, this new sponsorship deal provides an excellent opportunity for us to reinforce our global brand in India, cement our partnership with Jet and forge close and long-lasting relationships with the Indian travelling public,” said James Hogan, President and Chief Executive, Etihad.

“Sport sponsorships form a major part of Etihad’s international marketing strategy. We are delighted to add the Mumbai Indians, the reigning champions of the Indian Premier League, to our growing portfolio of global sporting associations,” he added.

“We are excited to team up with Etihad Airways to sponsor the Mumbai Indians, as they prepare to take part in one of cricket’s most high profile tournaments featuring top cricketers from all over the world,” said Jet Chairman Naresh Goyal. 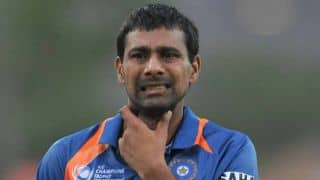 Afghanistan to prepare for ICC World Cup 2015 in Pakistan