The contest promises to be another humdinger when the two teams square off.

The last time they clashed, Rajasthan Royals (RR) edged past Kolkata Knight Riders (KKR) in perhaps the most nerve-wrecking contest of this season’s Indian Premier League (IPL) and it promises to be another humdinger when the two teams with fluctuating fortunes square off.

Their most recent head-to-head took place on April 29 in Abu Dhabi, which was among three UAE cities which played host to the IPL’s first leg. That clash turned out to be a battle of epic proportions. Both the teams ended their regulation overs on the same score, before also finishing level in the Super Over.

Finally it took a boundary count back to decide the match which was won by Royals in final analysis. And it would be interesting to see whether KKR would be able to pull themselves up from the slumber and extract revenge for the heartbreaking loss.

Royals are better-placed as far as morale is concerned. The team chalked out a thumping win over Delhi Daredevils with discovering a match-winner in young Karun Nair, who slammed a 50-ball 73.

KKR, on the other hand, were thoroughly outplayed in their 34-run defeat at the hands of Chennai Super Kings (CSK) in their most recent match.

The biggest strength of Royals going into their match is their in-form batting. The team is on a three-match winning streak and given the dismal form which Kolkata is battling, a fourth victory on the trot does not look unlikely.

Royals’ batsmen have been in fine form but more would be expected of the likes of Shane Watson and Sanju Samson, both of whom have been making decent contributions but yet to come up with something really big that they are famed for.

On the bowling front, they have discovered the brilliance of leg-spinner Pravin Tambe, who has been making crucial breakthroughs. Pacer James Faulkner has spearheaded the pace department rather well with some good support from Dhawal Kulkarni and Kane Richardson.

In contrast, Kolkata have been living a nightmare, having suffered three back-to-back defeats. Their biggest concern right now is a floundering batting line-up.

Skipper Gautam Gambhir has quite simply flopped, failing to produce a single innings of significance so far, along with veteran Jacques Kallis, who has also been far from impressive.

In their previous match against Chennai, Robin Uthappa and Yusuf Pathan did come up with innings of substance but it would take a lot more than that to notch up wins.

On the bowling front, KKR have relied too heavily on spin duo of West Indian Sunil Narine and Bangladesh’s Shakib Al- Hasan. Their pacers, led by R Vinay Kumar, have failed to cause any major discomfort to the opposition line-ups.

Given the contrast in their recent form, Rajasthan would start hands-down favourite even though given the unpredictability of the tournament and the format, KKR can spring a surprise. 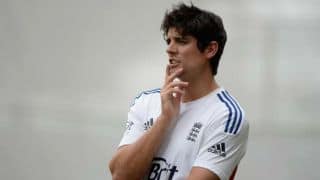 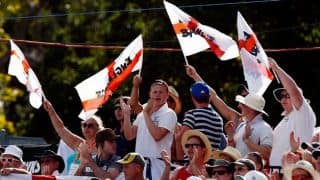