Former champions Chennai Super Kings would look to consolidate their position inside the top-four for a place in the play-offs even as Royal Challengers Bangalore try to stay afloat when the two sides clash for the first time in Indian Premier League (IPL) 7 season.

Chennai, the 2010 and 2011 winners, are currently second on the points table with eight wins from 10 matches, while Bangalore are third from bottom after managing four wins in their 10 games.

CSK were disappointed when their home matches were shifted here following the Tamil Nadu Cricket Association’s failure to get government clearances for conducting the games at their home stadium in Chennai.

But MS Dhoni‘s men have not endured much trouble in making themselves comfortable in the city, notching up wins in the two matches that have been played here so far.

Their most recent triumph came on May 13 against Rajasthan Royals when the team romped home with ease after restricting the visiting side to 148.

Boasting of power-hitters such as Dwayne Smith, Brendon McCullum, Faf du Plessis and Dhoni himself, Chennai are among the favourites to go the distance and lift the trophy. The setbacks they have suffered this season have come against table-toppers Kings XI Punjab, who have been steered by the extraordinary batting form of Glenn Maxwell and David Miller. But against all other teams, CSK have pulled off victories without much hassle.

Their bowling attack is not exactly star-studded but it has done the job, complementing their aggressive batsmen quite well so far. Pacer Mohit Sharma has been a consistent performer and is currently the joint leader in the top wicket-takers list with 18 scalps to his credit along with Sunrisers Hyderabad’s Bhuvneshwar Kumar.

In Ranvindra Jadeja and Samuel Badree, Chennai have the spin options which have proved to be handy in the tournament so far. Bangalore, on the other hand, have been erratic to say the least. The team managed to get the better of the down-in-the-dumps Delhi Daredevils in their previous match after being drubbed thrice in succession.

The Virat Kohli-led side was boosted by Yuvraj Singh’s return to form. His 29-ball 69 against Delhi put an end to RCB’s woes as the maverick all-rounder also answered back his critics, who were gunning for him. Chris Gayle too showed glimpses of the destructive batting he is famed for but more would be expected of Kohli and AB de Villiers against the formidable CSK. On the bowling front, pacer Mitchell Starc and veteran spinner Muttiah Muralitharan have been delivering the goods and would be expected to continue the good form. 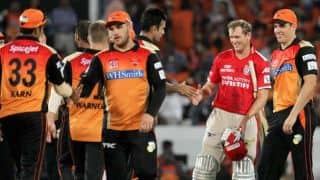 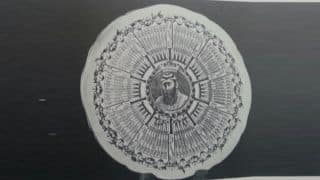