Mumbai Indians and Kolkata Knight Riders will face-off in the first match.

The seventh edition of the Indian Premier League (IPL) will begin in the United Arab Emirates (UAE), where the first 20 of the league games would be held. Defending champions Mumbai Indians and Kolkata Knight Riders will face-off in the first match of the IPL 2014 in the middle east. The IPL Governing Council confirmed the schedule of the second leg, to be held in India. The remaining 36 matches of IPL 7, as well as the play-offs and final will be played in India. The summit clash of IPL 2014 will be held in Mumbai on June 1.

Mumbai Indians will start the tournament as defending champions as well as one of the favourites to retain the trophy. However, the IPL auctions had far more star players up for grabs and the franchises have shored up their squads significantly and it is expected to be far more exciting competition than ever before.

As far as the venues are concerned, Indian skipper MS Dhoni‘s home Ranchi will play hosts. Cuttack also joins the IPL party and Ahmedabad will be the home ground of Jaipur for this year’s event. the fanfare and experience of the cricket extravaganza will remain undiminished as ticket sales have already gone through the roof. On the downside, India’s batting legends Rahul Dravid ans Sachin Tendulkar will be sorely missed by fans.

In what may well be a blow to cricket fans in Rajasthan, it was decided by the Board of Control for Cricket in India (BCCI) authorities that Rajasthan Royals (RR) will play all of their ‘home’ games in Ahmedabad in the second leg of the IPL 7. 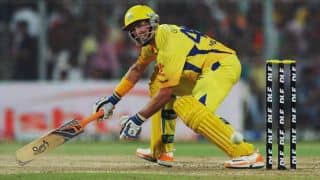