Delhi Daredevils (DD), who went for a complete overhaul last season ended in yet another howling failure. They have let go of their entire side for the second time in a row, and will doubtless have to buy back half their side, thereby rendering their entire exercise useless.  Yuvraj Singh sold for Rs 16 crores to Delhi Daredevils in IPL 2015 Auction: All-rounder remains hot property

The team did not retain any players during the auction last season and went for an overhaul as they build a complete new team. Zaheer Khan in Delhi Daredevils: Can IPL 2015 be a comeback trail for India’s premier pacer?

Although they had the full money in the bag and the maximum right to match card, they still managed to finish at the bottom of the table, the last season despite the explosive, Virender Sehwag being their top buy. IPL 2015 Player Auction Live Updates

As the auction ended, Delhi had a bag full of players as they made a hefty purchase on a mission to re-build their squad after releasing most of their players. Of the 14 players they purchased, Yuvraj Singh was undoubtedly the star buy for a whopping Rs. 16 crore. Other star purchases include, Angleo Mathews (SL), Zaheer Khan, Amit Mishra, Shreyas Iyer, Gurinder Sandhu, Jaydev Unadkat. Read: A talented team that lacks depth

Following are the players bought by Delhi Daredevils (DD) in IPL 2015 Auction: 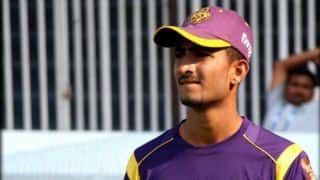 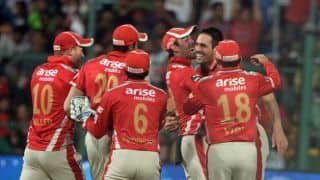