Delhi Daredevils have won three out of six matches so far in IPL 2015.

New Delhi: High on confidence after convincing victories in their previous games, both Delhi Daredevils (DD) and Royal Challengers Bangalore (RCB) will seek the winning momentum when they face off in the Indian Premier League (IPL) 2015 at Feroz Shah Kotla on Sunday.

Daredevils dispatched Mumbai Indians to end their nine-match losing streak at Kotla while RCB returned to winning ways with a nine-wicket thrashing of Rajasthan Royals in Ahmedabad on Friday night.

It will also be a homecoming for RCB skipper Virat Kohli, who is hoping Friday’s victory brings much-needed momentum for the team that has lost three out of its five games. The hosts, on the other hand, have won three of the six games they have played.

Daredevils, with a brand new squad, have already bettered their performance of last season and will be no pushovers tomorrow even for a team like RCB, which has the arsenal to beat any side on its day.

The young Shreyas Iyer has been a revelation at the top for Daredevils and is now their leading scorer with 227 runs at an average of 37.83. Captain JP Duminy has not been too far behind with 207 runs at 51.75.

It remains to be seen if the team think-tank decides to send a new opening partner with Iyer after Mayank Agarwal failed in the last three games. Star player Yuvraj Singh, who has scored 122 runs at 20.33, would also want to come to the party.

The team’s biggest bowling weapon has proved to be the leg spin duo of Imran Tahir and Amit Mishra, who have complimented each other really well. The challenge for the star-studded RCB batting will be how to negotiate the two crafty men.

Tahir is the tournament’s leading wicket-taker with 13 scalps at 14.23 while Mishra’s six wickets in as many games at 25.83 don’t reflect the way he has bowled so far.

And the task for Iyer and Co. will be to handle some serious pace from Mitchell Starc, who set up RCB’s win against Royals with a three-wicket haul in what was only his second game of IPL 8 after a return from injury.

On the spin front, RCB’s leading wicket-taker in IPL 8, Yuzvendra Chahal, will be a hard nut to crack. He is another leg-spinner who has done well in the tournament, taking 10 wickets at 14.90.

Chris Gayle did not provide fireworks in his return match against Royals but Kohli and AB de Villiers more than made up for the West Indian by sharing an unbeaten 98-run stand.

De Villiers has been a consistent performer for the team and it can only be ominous for the opposition that Kohli heads to his home ground of Kotla at the back of two successive half centuries. 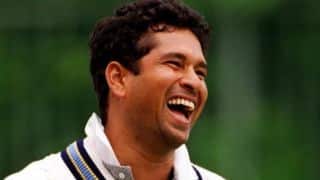