Dhawal Kulkarni said bowling the correct line and length got him just rewards during his team's six-wicket win against Sunrisers Hyderabad (SRH).

Visakhapatnam: Rajasthan Royals pacer Dhawal Kulkarni said on Friday bowling the correct line and length got him just rewards during his team’s six-wicket win against Sunrisers Hyderabad (SRH). Kulkarni picked up 2/9 in his three overs to help his team win its fourth successive match. He along with veteran spinner Pravin Tambe (2/21) helped restrict SRH to 127, which the Royals were able to surpass in the last ball of the match.

“The ball was holding up a bit and it was important to hit the correct line and lengths. There was a bit of swing for the new ball and that was because of the conditions. The pitch didn’t have a lot of pace and removing the pace off the ball was important,” Kulkarni was quoted as saying by iplt20.com. Kulkarni took the important wickets of left-hand opener Shikhar Dhawan and right-handed K.L. Rahul. He said he was particularly impressed with the ball that dismissed Dhawan. IPL 2015: Pravin Tambe thanks RR for having faith in him despite First-Class inexperience

“I had to bowl to my strength and to his weakness. The delivery with which I got his wicket was the ideal line and length to Shikhar and I got him caught behind,” he said. Royals’ batting, however, displayed some shakiness while chasing the modest total. And it took Australian all-rounder James Faulkner’s last ball boundary to secure the team’s victory. But Kulkarni said the team was confident of winning despite the hiccups.

“There were some nerves in the dugout since the game went till the last over. Praveen Kumar bowled the last over really well but we were confident that we would win. It is very satisfying to get four wins in a row and we always wanted to start the first half of the tournament on a high. To get four in four is a massive boost for us,”he said. Rajasthan Royals beat Sunrisers Hyderabad by 6 wickets; register 4th consecutive win in IPL 2015 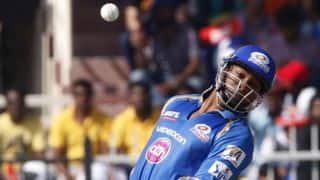 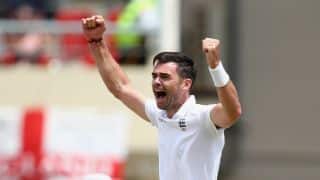