With Harbhajan Singh back in his best, Suresh Raina said they would have to play watchful cricket early on.

“MS is the most consistent captains (in the game) that we have. That’s why we are in the final six times from eight appearances,” told a news conference at the team hotel on the eve of the final. CSK to lock horn against MI in IPL 2015 mega final

Mumbai Indians (MI) denied CSK a third title in the 2013 final at the same venue and the loss was still fresh in their mind, Raina said. Ashish Nehra: I have been bowling well over the last few years

“When you’re taking on MI, you have to really play very good cricket. We still remember the loss against them in the 2103 final,” Raina said on a cautious note. IPL 2015 Final: Rohit Sharma urges Mumbai Indians to put up one last effort against Chennai Super Kings

“Wickets get slow after 10 overs so if you have partnership you can put on big totals with big players like Dhoni, Bravo down the order. It becomes difficult for other teams to chase down.” IPL 2015 Final: Rain could play spoil-sport during Mumbai Indians and Chennai Super Kings tie

With Harbhajan Singh back in his best, Raina said they would have to play watchful cricket early on.

“Eight to 12 we have to bat sensibly. They have good spin line-up in Harbhajan. It becomes difficult to come back if you get nervous. T20 format is very short and you don’t have plan B. We would look to play positive cricket. We’ve have to enjoy each and every ball,” one of India’s most experienced limited overs cricketer said.

Asked whether they have choked in atleast three finals as only twice they have emerged champions, Raina said, “Two teams play and one has to win. There will be pressure, you have to play on merit. If you get nervous you’re going to lose the battle.”

Raina lauded their bowling unit for making the difference.

“Our bowlers are doing well, executing their plans beautifully. Nehra has been exception, also Mohit Sharma, Ashwin, everyone is chipping in.”

Although Raina hasn’t had a great IPL by his standards, he is not really perturbed as long as CSK are on track to win the coveted trophy.

“We still reached the final. It’s not about the individual form. We still have one more game to. We have done really well in batting department.” 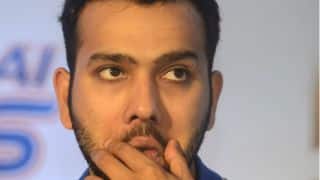 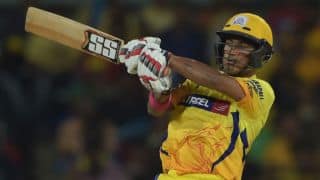