New Delhi: Telecom solutions provider Huawei India on Monday announced the extension of their partnership with Royal Challengers Bangalore (RCB) for three more seasons of the Indian Premier League (IPL). The Huawei logo will feature on the front of the team jersey as a principal sponsor when they take the field in the eighth season of IPL. Huawei was first associated with RCB in 2014. Indian Premier League 2015 schedule: IPL 8 match time table with venue details

“We are pleased about our renewed partnership with Huawei for the next three years and we thank them for the support and the faith shown in us. We look towards a long and fruitful association with Huawei,” RCB operations and cricket academy vice-president – commercial Russell Adams said. IPL 2015: CSK, KKR, RCB, KXIP, MI, RR, SRH, DD full team details in IPL 8

RCB will play their inaugural match on April 11 against Kolkata Knight Riders (KKR) in Kolkata on April 11. Virat Kohli believes RCB can express themselves better with arrival of new players 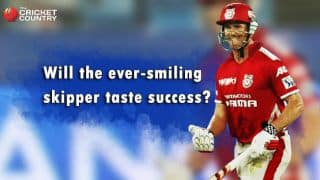