The KXIP coach's comments came after the 23-run defeat at the hands of Mumbai Indians.

With Kings XI Punjab (KXIP) losing seven out of their nine matches, coach Sanjay Bangar has said batting failure and inability to chase down moderate totals has resulted in the team languishing at the bottom of the IPL points table.

Going down to Mumbai Indians (MI) by 23 runs in today’s game, the George Bailey-led side remained with just 2 wins in the competition so far and Bangar blamed the batting for the team’s poor show. READ: Mumbai Indians beat Kings XI Punjab by 23 runs

“It’s just that batsmen are really trying very hard, but its not coming off. Because of that we are not able to chase down the scores which we generally have the capacity to chase down. So, I think that’s probably one of the reasons,” Bangar said in the post-match conference.

Kings XI though have five more games to go in season eight and Bangar did put up a brave front when asked about the team’s future.

“It’s definitely an uphill task, but you start everyday fresh and you try and win one game at a time. We will try to do that for next five games, lets see where we end up,” he said. READ: Mumbai Indians vs Kings XI Punjab, Match 35 Highlights

Chasing 173 for a win, Kings XI could only muster 149 for seven in 20 overs and Bangar opined the batsmen failed to hit the desired boundaries.

“I think we failed to hit as many boundaries. They [MI] scored 21 boundaries as against 13 by us because of which we could not accelerate as we should have,” he said.

He also gave credit to the Mumbai bowlers for applying brakes and taking wickets when it mattered. IPL 2015: Schedule with venue details

“I thought [David] Miller [who made 43] was going really well and he was set, but [Mitchell] McClenaghan and [Lasith] Malinga bowled really some good deliveries and they didn’t offer any freedom to the batsmen to free their arms because of that we could not accelerate at that stage,” he said.

Commenting on the strategy for the upcoming matches, he said, “We will try to play an aggressive game, which has been our strength. Once we click, I am hopeful we will be able to put up a big score or chase down any target.” IPL 2015: Complete Coverage

On the question of tampering with the playing eleven far too often, Bangar blamed it on circumstances.

“Manan [Vohra] was indisposed, he was hospitalised because of dehydration and was on drips, that was a big letdown for us. We are hoping that he would be available for us in the upcoming games. Apart from that we brought Glenn Maxwell and Mitchell Johnson..if you see most teams have ended up using nearly 18 players and we have not been any different. IPL 2015: Points Table and Team Standings

“So, I just feel that there was certain situation wherein [skipper George] Bailey got injured and because of that Shaun Marsh came in. Marsh won us a game and when Bailey had to return there had to be an overseas player who had to sit out and [Glenn] Maxwell had to sit out. So, there are times when those changes have been forced because of circumstances. 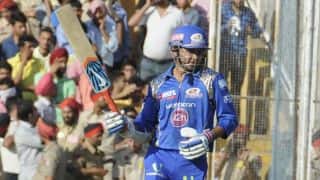 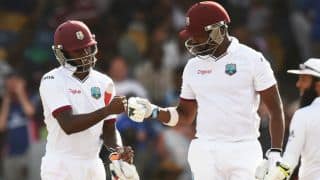