The 29-year-old right-hander was, however, hopeful that he would do well in the upcoming India 'A' tours.

Kolkata: Bengal batsman Manoj Tiwary on Wednesday rued the lack of chances that came his way in the Indian Premier League (IPL) saying they were insufficient to earn a recall into the national outfit.

“Not many chances came my way playing for the Delhi Daredevils‘ (DD) in the IPL. How do you expect me to be selected for the national squad?,” Manoj told media persons.

Manoj got to bat only twice for the Daredevils where he scored 32 and 25 — both against Kolkata Knight Riders (KKR).

The 29-year-old right-hander was, however, hopeful that he would do well in the upcoming India ‘A’ tours and wishes to find himself in the squad for the 2016 World T20.

“The only thing I can do is keep on performing, utilise the A tours to the limit and hopefully get a chance in the 2016 T20 World Cup,” he said. 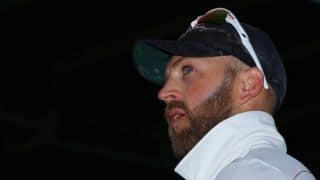