Piyush Chawla said that he was delighted to have reached 100 wickets in the Indian Premier League (IPL).

New Delhi: Kolkata Knight Riders (KKR) spinner Piyush Chawla said on Tuesday that he was delighted to have reached 100 wickets in the Indian Premier League (IPL). The leggie finished with figures of 4-0-27-2 against Delhi Daredevils at the Feroz Shah Kotla here on Monday to reach the landmark as the defending champions beat the hosts by six wickets. Gambhir steers KKR to 6-wicket victory

“I am happy because we all know it is a prestigious tournament. Players from across the world come to play in this tournament and it is quite challenging. Reaching that landmark of 100 wickets is something I will cherish,” Chawla was quoted as saying by iplt20.com. Beside Chawla, Mumbai Indians’ Lasith Malinga is leading the chart for the most wickets in IPL with 124 scalps, followed by Amit Mishra (106) and Harbhajan Singh (100). Chawla 4th to join 100-wicket club in IPL

Asked if batsmen’s approach to leg-spinners in Twenty20 has changed over time, he said, “Lot of leg-spinners have picked wickets in recent times. Batsmen sometimes look at a leg-spinner as a scoring option. On the other hand, we leg-spinners have (used) that attacking thinking (to our advantage) as well. “We know that we might go for a couple of boundaries but (at the same time) we might get wickets. As a leg-spinner I am more than happy conceding two boundaries and getting a wicket.”

Daredevils batsman Yuvraj Singh was surprised when stumped by Robin Uthappa off Chawla. “It was the last ball (of the over) and I wanted to concede just a single and finish it off well. But when it hit his pad he thought it went to fine leg and started running,” the 26-year-old said. “Moments later he realised it was just there (behind him, and the wicketkeeper had collected it and flicked the bails off). By the time he wanted to get back it was too late for him.” KKR will do whatever it can for Ankit Keshri’s family: Gambhir 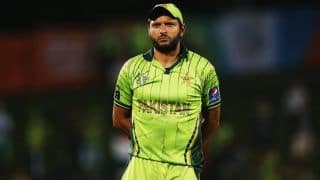 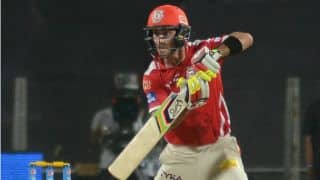