Rajasthan Royals won the title in the inaugural season of the IPL.

The Royals, who have three ICC Cricket World Cup 2015 winners in Shane Watson, Steven Smith and Jame Faulkner, would look to Chris Morris, their costliest buy at Rs 1.4 crore, for a positive start. Morris was bought for his all-round skills and will be expected to partner Faulkner in that department. IPL 2015: Kings XI Punjab players feel shy to wear jersey containing advertisement of a condom company

With the ball, Morris produced a record performance for Lions in the Ram Slam T20 last year. But a big challenge for Royals would be adapting to a new home after their actual home ground of Jaipur was taken off the roster owing to the dispute in the Rajasthan Cricket Association. With captain Watson and Stuart Binny playing all-round roles as well, chief coach Paddy Upton feels Morris’ inclusion gives Royals a lot of options. KXIP in IPL 2015 Preview: IPL 7 runners-up will look to continue good form in IPL 8

They have also brought in two leg-spinners in Dinesh Salunkhe and Pardeep Sahu, and could play decisive roles for the team in this format. Smith, meanwhile, comes in to the IPL on the back of an awe-inspiring performance in the year gone by. He has scored 2096 runs in 31 international matches across all formats at a brilliant average of 69.86, which includes eight hundreds. IPL 2015: Rahul Dravid and the art of cricket team management

During this period, he captained Australia’s Test side and was their leading run-scorer (402 at an average of 67, including an unbeaten fifty in the final) in a winning World Cup campaign. Kings XI Punjab captain George Bailey, who did not get to spend much time in the middle last season, aggregated 257 runs at a strike rate of 135.26. Rajasthan Royals (RR) in IPL 2015: Street-smart cricket once again on the cards

But it was Glenn Maxwell – 552 runs at a strike rate of 187.75 – who was the team’s trump card in the previous IPL. In the company of South African dasher David Miller and the Indian trio of Virender Sehwag, Manan Vohra and Wriddhiman Saha, Maxwell could well be the key to the team’s fortunes this season as well. That intimidating batting order has been further beefed up by the addition of Murali Vijay. IPL 2015: Rahul Dravid, Ajinkya Rahane, Steven Smith, Shane Watson unveil new Rajasthan jersey

The bowling department also looks solid with Australian tearaway Mitchell Johnson leading the pacers pack. “Last year was a good season for us and we would want to carry on the winning spree this season as well,” coach Sanjay Bangar said on the sidelines of KXIP’s pre-season camp. IPL 2015: Rahul Dravid calls for stricter laws to deal with spot-fixing

“We have a well balanced team and the entire coaching staff is positive about the team?s performance. As a part of this camp, we will focus towards working on the strengths and improvement areas of the players and look forward to a great tournament.” 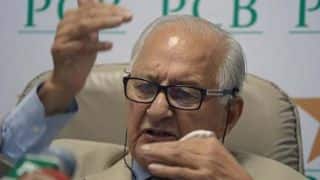