Bond coached the impressive New Zealand’s bowling unit during the recently concluded World Cup, with Trent Boult and Tim Southee receiving much accolades for their stellar performance. Ponting said that having Shane with them would be terrific as he has had great impact especially on the New Zealand bowlers, Stuff.co.nz reported. Sachin Tendulkar is an integral part of Mumbai Indians: Nita Ambani

Citing Trent Boult and Tim Southee’s improvement as an example, the two-time World Cup winning captain further said that he hopes Bond could have the same impact on some of the younger guys in Mumbai Indians. The eight edition of the IPL commences on Wednesday with the Mumbai Indians (MI) and Kolkata Knight Riders (KKR) battling out in the opener at Eden Gardens.Mumbai Indians’ jersey for IPL 2015 unveiled!

What a honeymoon for Suresh Raina! 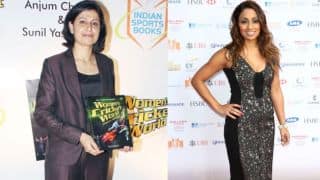