Mumbai: Having won a thriller against Delhi Daredevils to record their fourth victory on the trot after a shoddy start in the eighth Indian Premier League (IPL), Mumbai Indians skipper Rohit Sharma hoped his side would be able to retain the momentum and move forward in the grueling tournament. READ: Mumbai Indians defeat Delhi Daredevils by five wickets

“I just hope we carry on the same performance, Leave what has happened behind. We should keep moving forward,” Sharma said at the presentation ceremony after the five wicket victory which propelled the hosts to the fourth position in the table.

Sharma said his boys concentrated on taking every game as it came without bothering about the position in the league table. IPL 2015: Points Table and Team Standings

“Actually, we kept it very simple and we wanted to win this game. A the same time we wanted to concentrate on the process. We wanted to take every game as it comes, and that’s what we did today. .

” We just want to concentrate on what we can do to win the game. We don’t want to take the extra pressure of what is happening in the league table. Today was a perfect game. Eventually, getting the two points was very important,” said Sharma. READ: Mumbai Indians vs Delhi Daredevils Highlights

The skipper played a part in the side’s triumph by notching up a 37-ball 46 and putting on 60 runs for the fifth wicket that rescued Mumbai from a precarious position of 40 for four at the Wankhede stadium. Replying to the visitors’ 152 for six, the hosts reached a winning 153 for five in 19.3 overs.

Praising man of the match Harbhajan Singh, who finished with enviable figures of 4-1-11-2. Sharma said the veteran offie “was turning the ball to the left-handed batsman and that was the plan. To give away only 11 runs in four overs and take two wickets was magical”. IPL 2015: Schedule with venue details

Sharma said after losing four wickets upfront, he and Rayudu knew it was important to build a partnership. “And we had a very good partnership and Polly [Kieron Pollard] finished it in the end.”. Pollard remained unbeaten on 26.

Asked about the rain and lighting that caused a couple of stoppages during the Mumbai Indians innings, Sharma said: “To be honest, it (thundershowers) is quite unusual at this time of the year. You have to keep up with the game, that is why I had a piece of paper in my pocket to see where we stood at that point.” IPL 2015: Complete Coverage 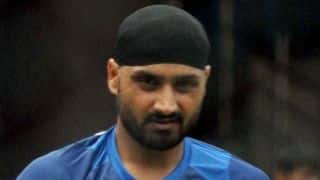 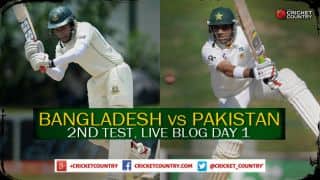