Shreyas Iyer, afte playing an excellent innings for Delhi Daredevils (DD) against Rajasthan Royals (RR), says that he his experience in the tournament so far has been good as he gets to learn so much from many senior players in the dressing rooms and also from the coaches. “It’s really good because you get to learn so much. They [seniors and coaches] have a good knowledge of the game which they share,” said Iyer. IPL 2015: Delhi Daredevils suffer another rout on the brink of victory

Iyer made a brisk 30-ball 41, opening the innings with Mayank Agarwal to help his team set RR a target of 185.He believed that it was a good score and his team had a chance of winning.  “It was a good target, we saw that [when] the game went to the last ball. Two-three of their batsmen played really well,”said the20-year old, according to iplt20.com. PHOTOS: Delhi Daredevils vs Rajasthan Royals IPL 2015 Match 6 at Delhi

Speaking about his bris 45-run opening stand with Agarwal, he said, “He started playing his shots from the first ball. So my job was to take the singles and give him the strike. Though I hadn’t got off to a brisk start I knew that I’d be able to make up for it later on.” Hooda attributes success to Dravid, RR’s trust in his abilities

Iyer also admitted that DD had an ordinary time on the field, but the youngster is confident of bouncing back in the next game. “I think it [poor days on the field] is part and parcel of the game. We should take it one game at a time. We should leave this game behind and think forward about the next game,” Iyer said. Delhi Daredevils have been short on luck in IPL, feels Imran Tahir 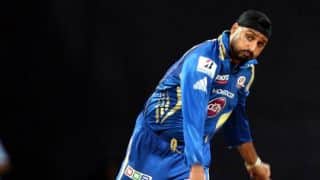