Moody too is confident that the team would put up a good fight.

Moody and Laxman were all smiles as the likes of Kane Williamson, Trent Boult, Dale Steyn and Ravi Bopara joined the Indian contingent in the nets at the ACA-VDCA stadium ahead of the upcoming Indian Premier League (IPL).

The team is preparing to take on two-time IPL champion Chennai Super Kings (CSK) in its first encounter on Saturday.

Currently in his third stint as mentor for SunRisers Hyderabad, the former Indian batsman, Laxman, is keen on developing the mental skills of the youngsters in the squad.

“I have been very fortunate to work with a group of talented players with high potential. Over the last two years it has been a great opportunity for me to share my experiences with these talented players and it will continue this season as well. The players look very keen to learn as much as possible in the training,” Laxman said.

“The training today was very intense and very specific. The squad looks very balanced. I am very happy with the quality in the current squad,” added Laxman.

Moody too is confident that the team would put up a good fight. Laxman expressed satisfaction with the team’s overall form.

“I think the last two years were a fantastic experience to work with the SunRisers Hyderabad. I have been a part of two franchises before as a player but the kind of environment that is created in SunRisers Hyderabad is simply exceptional and I think the management and the owners have to be complimented for giving total freedom to the coaching staff to take decisions as far as the cricket is concerned,” concluded Laxman. 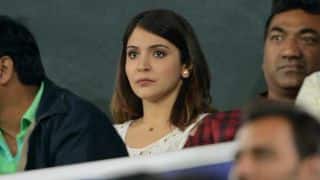