The Chinnaswamy cricket stadium in the heart of this tech hub has introduced modern technology, with photovoltaic cells fixed on its circular rooftop to generate solar power for its use.

Bengaluru: The Chinnaswamy cricket stadium in the heart of this tech hub has introduced modern technology, with photovoltaic cells fixed on its circular rooftop to generate solar power for its use, an official said on Thursday. “Our stadium is the first in the country to install solar panels on the rooftop above the eastern stands to generate about 1,700 units of power daily to meet a part of our energy requirements,” a Karnataka State Cricket Association (KSCA) official told IANS.

Set up under the Indo-German environmental partnership and installed by RonXSol Ecotech Ltd. ahead of the Indian Premier League (IPL) T20 tournament, the solar panels will generate 440 kilovolts or six lakh units per annum. “Going forward, similar panels will be installed on the western side rooftop to generate an additional 850kv after this summer,” KSCA spokesman Vinay Mrutyunjaya noted. The combined solar panels will have the potential to generate 18-lakh units per year to meet about 40-50 percent of its peak requirement annually. “We have invested Rs.3 crore to install the solar cells on top of eastern stands and will invest Rs.7 crore for similar panels on top of western stands by this year-end,” Mrutyunjaya said. Kohli believes the return of Milne and Starc would be a huge boost for RCB

The stadium consumes maximum energy for lighting the ground, stands, dressing rooms, pavilion and other facilities when hosting the Indian Premier League (IPL) matches in summer and day-night One-Day Internationals (ODIs) when scheduled. “Though the city is located at about 3,000 feet and has the most salubrious climate in the country, sunlight is available in abundance for about 10 months a year, as we are in the tropical region to generate plenty of clean energy,” Mrutyunjaya said. Gayle smashes 200th six during RCB- SRH clash in Match 8 of IPL 2015

By using solar energy, the association will reduce its expenditure on power supplied by the utility provider at commercial rate. “We will be saving Rs.40-50 lakh on electricity bills by using solar energy for our power needs. We will also supply to the state grid on days when matches are not played and have surplus solar power to spare,” Mrutyunjaya added. The stadium will host six more IPL league ties over the next four weeks between home team Royal Challengers Bangalore (RCB) and other competing teams. This season’s first IPL match, between RCB and Sunrisers Hyderabad (SRH), was played on April 13. SRH register comfortable eight-wicket win vs RCB in Match 8 of IPL 2015 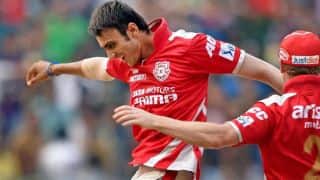 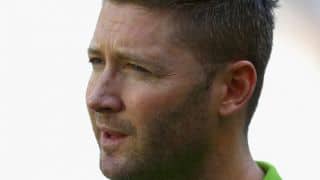