“Earlier I used to play with local players, now I am playing against international players. So for that Zaheer bhai [Zaheer Khan] has told me that one should observe the other players, how they play certain lines and lengths and (plan) how to do it [bowl to them],” Domnic was quoted as saying by iplt20.com. IPL 2015: Schedule with venue details

“And he has told me how to bowl to which player, and backed me up.”

Joseph said DD head coach Gary Kirsten told him that he followed his bowling closely in the Ranji matches and only after his impressive performances in the domestic competition was he roped in by the franchise. IPL 2015: Points Table and Team Standings

“He [Kirsten] told me, ‘I was following you in the Ranji season. I have heard your name. You have been doing well.’ And then in the nets and matches too, he told me that I was doing well and (asked me) to continue doing the same and that he backs me,” Joseph said.

“Hearing that (Kirsten’s appreciation and that he noticed me) I definitely feel very proud. I can’t believe that I am playing the IPL and am happy that I am getting to learn.”

“I have learnt a lot from him. He is a great coach. He backs us. He doesn’t say much, encourages you to play your game. He just gives you pointers,” he said.

Commenting on being a part of the Daredevils’ outfit he said, “It means a lot. The first thing to do is to win a game and get points on the board. Win one game. We played well in the first two games but lost them off the last ball.”

“We have been doing well – batting and bowling – but just the win is eluding us. We have to get one win on the board, that will be a boost and we will continue from there.”

Deli Daredevils have lost both their matches in the IPL so far. Dominic also added T20 cricket is all about concentrating on variations as a bowler.

“In T20 you have to use more variations. In T20 the focus is more on variations. For me the focus in the slog overs is on bowling yorkers. In the first two overs it is normal wicket-taking (that I work on), and with the new ball I rely on swing. In the slog overs, I concentrate more on slower ones and yorkers.” 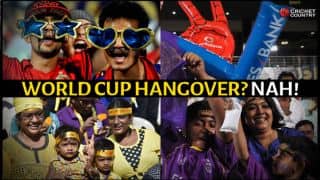 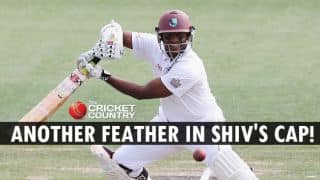