IPL 2016: Adam Milne ruled out for the remainder of tournament due to hamstring injury

IPL 2016: Adam Milne ruled out for the remainder of tournament due to hamstring injury

Royal Challengers Bangalore were dealt with a blow as Adam Milne suffered a hamstring tear, ruling him out for the remainder of IPL 2016. Milne was expected to spearhead RCB’s bowling unit in the absence of Mitchell Starc, but only played featured in his side’s win against Sunrisers Hyderabad. Milne is the third RCB player to have been injured after Starc and Samuel Badree, both of whom were subsequently replaced by Chris Jordan and Tabraiz Shamsi respectively. This will be a big blow to RCB, who are reeling at no.7 in the IPL table, following just 2 wins form 7 matches. FULL SCORECARD: Royal Challengers Bangalore vs Rising Pune Supergiants, IPL 2016, Match 35 at Bangalore

Milne hasn’t had a significant impact in RCB’s season, featuring in just one game. With AB de Villiers, Chris Gayle and Shane Watson starting nearly every game, Milne found his chances blocked by Kane Richardson, David Weise and Shamsi. RCB are yet to announce a replacement for the Kiwi spearhead. It has been an injury affected IPL season for overseas player. Steven Smith, Faf du Plessis, Mitchell Marsh, Shaun Marsh, Kevin Pietersen along with the RCB trio have suffered injuries ruling them out of the tournament.

Milne came into the IPL in good form, having taken 3 wickets in four matches of T20 World Cup 2016. He was a part of the Kiwi’s squad which marched towards the semi-final, only to lose against England. Bowling at a pace of over 140+ kmph, he was tipped by many to be the lead man for RCB in IPL 2016, but his performance of 1 for 43 in the first game was the only contribution he could made. 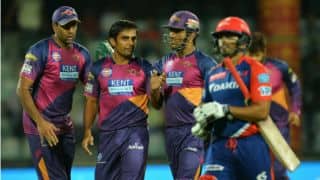 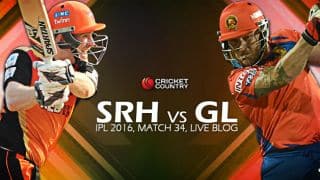