KKR all-rounder Andre Russell has been ruled out of the side's crucial match against GL due to a leg injury.

Kolkata: Kolkata Knight Riders‘ (KKR) all-rounder Andre Russell has been ruled out of the side’s crucial match against Gujarat Lions (GL) due to a leg injury. The West Indies cricketer walked off the field during the side’s nine-wicket defeat against Royal Challengers Bangalore with a suspected injury to his left leg, ESPNcricinfo reported. The 28-year-old is the third-highest wicket-taker of the tournament, having scalped 15 wickets so far. He has also notched up a total of 188 runs for Knight Riders. Gautam Gambhir’ side, who have to win both of their remaining matches to confirm their place in the playoffs, are currently standing second with 14 points. They will play against Gujarat Lions at the Green Park Stadium in Kanpur.

If he’s not scoring, he’s making the difference with his bowling and fielding and Kolkata Knight Riders (KKR) star West Indies all-rounder Andre Russell says it’s the team’s calming reassurance that brings the best out of him. Needing 11 runs to defend in the last over, Man of the Match Russell (4 for 20) claimed a wicket and ran out Akshar Patel, who was looking to spoil KKR’s homecoming with a seven-ball 21 that included two sixes against the Jamaican, to seal a close seven-run win. ”I think being comfortable knowing that I would play the next game, gives me a big confidence in terms of going forward. It boosts me a lot more,” Russell said after their win that dislodged Gujarat Lions atop the table on net run rate, reported PTI.

Having scored a crucial 24-ball 39 in their win over Royal Challengers Bangalore, Russell was run out for 16 last night as KKR were restricted to a modest 164 for 3 after skipper Gautam Gambhir (54) and Robin Uthappa (70) put on their season’s highest 101-run opening partnership, added PTI. 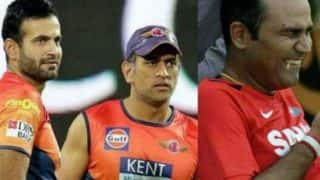 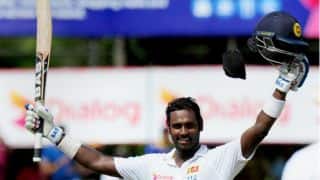