"How can you waste water like this? Are people more important or IPL? How can you be so careless," asks Bombay High Court to BCCI.

Due to the drought in Maharashtra, the Bombay High Court on Wednesday asked the Board of Control for Cricket in India (BCCI) to shift the Indian Premier League (IPL) 2016 matches out of Maharashtra. The ninth edition of IPL will have its matches across three venues in the state, in Mumbai, Nagpur and Pune. According to a report, the alarming drought situation in the state saw a Public Interest Litigation (PIL) being filed in the Bombay High Court. The ninth edition of the IPL will begin on April 9, and the final of the tournament will be played at the Wankhede Stadium in Mumbai on May 29. The tournament will continue to have 8 teams in this edition as well. ALSO READ: Royal Challengers Bangalore team in IPL 2016, Preview: Virat Kohli’s men look to take plunge from being favourites to winners in IPL9

According to NDTV, a PIL was filed in the Bombay High Court, seeking a direction to the IPL chairman to pay tax on water usage. The PIL claimed that about 60,000 litres of water is estimated to be used everyday during the tournament to maintain the pitches. The court reportedly said, “How can you waste water like this? Are people more important or IPL? How can you be so careless.” ALSO READ: Delhi Daredevils team in IPL 2016 Preview: Zaheer Khan led squad looks to break the jinx in IPL 9

The Court added, “Only if water supply to BCCI is cut will you understand.” The court added that the BCCI should organise these matches in the states where there is no drought. As recently as on Wednesday, the IPL chairman Rajeev Shukla said, “As far as the question of drought, water is concerned, we are with the farmers of Maharashtra, we are ready to help in all possible ways.” 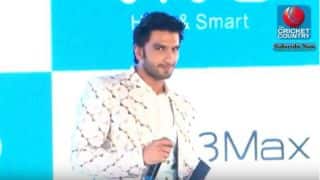