Delhi Daredevils 'Mentor' Rahul Dravid today said that he has never judged players based on the price that they commanded at the IPL auctions as it is not always a true reflection of their abilities and skill sets.

New Delhi: Delhi Daredevils ‘Mentor’ Rahul Dravid today said that he has never judged players based on the price that they commanded at the IPL auctions as it is not always a true reflection of their abilities and skill sets. “I never judge players based on his price. I understand how an auction works. What one actually earns in auction is not reflection of who you are. A lot of things happen in auction. You can’t control prices. Just because someone got so much money does not mean that the franchise considers him more important player than another,” Dravid said in reference to a question on Pawan Negi being paid Rs 8.5 crore by Daredevils. ALSO READ: Rahul Dravid: Coaching India will depend upon whether I have time and bandwidth for the role

“There are dynamics that is hard to explain. At what lot the player is picked, what do you have and what the other guy (rival franchise) need is hard to explain. Once the auction is done, the value (price) goes out of the window. Players are never selected on basis of what they earn. In Rajasthan (Royals), it was not done. Because of the nature of the tournament, good players don’t get to play as someone else plays a better role,” said Dravid.

Similar eyebrows were raised when Carlos Brathwaite was picked for Rs 4.2 crore at the auction and Dravid said that while some criticism was justified one needed to look at the method behind the madness. “Why was Brathwaite paid that amount at auction? Well, I am using it just as an example. It wasn’t an unjustified criticism, but teams go through process. There are lot of research behind the scenes, look at players, try and pick the right ones, in the given restriction. I have gone into lot of auction where I have had a wish list and walked out necessarily having nothing close to my wish list. ALSO READ: Delhi Daredevils team in IPL 2016 Preview: Zaheer Khan led squad looks to break the jinx in IPL 9

“Even in picking XI of IPL teams, a lot of thought goes in. We have 7-8 international players, everyone is a certainty or performer in his international teams but they may not be in in your top four overseas players. The four foreigners have to mesh and balance with seven others you put in the park. So what are the skills you require from foreign players is something that’s important to us,” Dravid explained Brathwaite’s price.

Dravid said that as a coach of the U-19 team, he has told his wards that they should think about playing all the formats as “playing for India is a gold medal and playing in IPL is a silver medal’. Dravid had a word of caution for those who only want to play IPL and nothing else.

“If you look at this World T20 at Virat Kohli, Joe Root and Kane Williamson, they are all classical players. I used to tell my U-19 boys that why sell yourself for less when you can play all the formats. There are enough batsmen and bowlers who have done that. You don’t have to stick only to T20. That’s a dangerous trend to go down. Only two months of this cricket. ALSO READ: IPL 2016: Zaheer Khan hopes Carlos Brathwaite will be his usual attacking self in opening match against Kolkata Knight Riders“If you are actually not playing round the year, chances of you performing in these two months are difficult. You can’t just walk up and play. It is a skill based game. At U-19s they realise the value of IPL but they all want to play for India. India is the gold medal and IPL is the silver medal.”

Dravid also said that one should not “begrudge” those domestic players, who play the game with an eye only on IPL. “You cannot just use it as a template but some of them may be playing for that reason. If someone knows that he can’t replace Ajinkya, Rohit and Virat in the Test team, he will say to himself, okay let me improve my T20 skills. But then they run the risk of not doing well in Ranji Trophy and dropped from their first-class teams and it can cost them their IPL contract,” Dravid observed.

“So players are making those judgements and their will always be a few but why would you begrudge them? Then there might be others who can think T20 is not for me so let me do well in Ranji Trophy and try to become very good Test players,” he said. 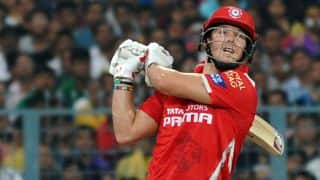