SRH's frontline bowler Mustafizur Rahman has said that he looks up to opponent skipper Virat Kohli as his elder brother and that he is an inspiration.

Royal Challengers Bangalore (RCB) are all set to start the ninth season of Indian Premier League (IPL) as they face Sunrisers Hyderabad (SRH) at home on Tuesday and before the match, SRH’s frontline bowler Mustafizur Rahman has said that he looks up to opponent skipper Virat Kohli as his elder brother and that he is an inspiration. Kohli was the key player behind India’s journey to the semi-final of ICC World T20 2016 while he is known to be a bit uncomfortable in front of Mustafizur’s cutters. While the bowler talked about his bowling, he also went on praising the prolific batsman for his unmatched talent. LIVE CRICKET SCORECARD: Royal Challengers Bangalore vs Sunrisers Hyderabad, RCB vs SRH, IPL 2016, match 4 at Bangalore

Mustafizur mentioned that though the match is being played at M Chinnaswamy Stadium, Bangalore, it does not remind him of the last India vs Bangladesh clash where Bangladesh faced a defeat and exited from the contest. “I am not representing my country. I will play in IPL. Then, there is no point looking back at what has happened in the past as one cannot change the fact,” Mustafizur told mzamin.com in an interview.

When asked about his plans of stopping Kohli, he said, “I think about the game and not about any particular player. If I play, I will give my level best and that is what I can assure.”

“I don’t play to get wickets. I play because bowling gives me immense pleasure. It feels great when my bowling bears wickets. I think, everyone finds my bowling tough to face. ‘Dada‘ finds it difficult as well.”

When asked who did he refer to as ‘dada‘, he said it is Kohli himself. When asked about the reason, he said, “whoever is elder to me, I call them ‘dada‘ and the younger ones ‘bhai‘. Kohli is also quite elder to me. I have never talked to him enough to call him ‘Kohli dada’ though.”

“To me, Kohli is an extraordinary batsman. I am no one to lend my opinion upon his talents. What inspires me the most is his killer-instinct and passion for the game. His techniques are unmatched. His batting is something that can be called ‘almost perfect’. I believe that he does not care about the clashes between me and him that the media set up before each India-Bangladesh match, because I do the same.”

Talking about his famous cutters, Mustafizur said, “Cutters are something I bowl by instinct. I never learnt to bowl them, it came to me naturally. During a pacer’s camp, Anamul Haque Bijoy once asked me, ‘Can you bowl cutters?’. I said, ‘No, but I can try. I tried, and it worked.”

Finally he concluded saying, “If I ever get a chance to bowl to Kohli in the nets, I will be benefited from the experience looking at the amount of talent he has. I could better my attack against him for the next meet.” 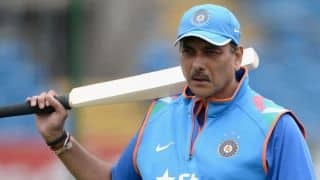