Gambhir has been in terrific form in this season's IPL. scoring 226 runs in 4 matches at an average of 113

Kolkata Knight Riders skipper Gautam Gambhir has sidelined talks about him returning to Indian national team. Gambhir has been in terrific form in this season’s IPL. scoring 226 runs in 4 matches at an average of 113. His own form coupled  with KKR’s form, who are at top, has led widespread support for him to be included in the national set-up. Sunil Gavaskar was one of the many who believed Gambhir’s form is good enough to get him place in the national side. ‘Gauti’ as he is widely known, last featured in national colors for India in 2014. He has featured in 56 Test’s, 147 ODI’s and 37 T20I’s for India. FULL SCORECARD: Rising Pune Supergiants vs Kolkata Knight Riders, IPL 2016, Match 20 at Pune

Speaking on the support he received from Gavaskar, Gambhir said,””It doesn’t matter what people say. All that matters is what I have to do for KKR. I don’t listen to what people say , whoever it is.”

Having last featured for India in 2014 during a Test series to England, Gambhir believes his IPL form will not fetch him a place in the Indian side. “Only because I have scored runs, people are saying I am not far away and all that stuff. For me, I think it is about doing the job for KKR and that is my topmost priority right now. My job is to score runs as a batsman and that is what I am trying to do, irrespective of whether I make a comeback or not,” Gambhir said.

Gambhir also spoke about KKR’s form, going on to add they cannot be complacent. “We are playing well and still early into the competition.We need to continue playing well. We got to learn from last year when we were right on the top till the 12th game and suddenly we didn’t play well in the last two games and couldn’t qualify for the knockouts. We need to take that into account and keep building the momentum. We have played reasonably good cricket, but the best is yet to come,” he said.

He also believes teams winning the game by chasing is due to the batsman getting smarter. “I think people have become smarter. They now know how to chase down a big total.Earlier 9 or 10 runs per over was difficult to do it now people take it till the end and feel that 10 runs per over can be chased,” Gambhir said.

Finally, he rejected suggestions that his side is completely dependent of spin bowling. “When people think about KKR they only relate us to quality spinners, but our pacers have done reasonably well too,” he said. 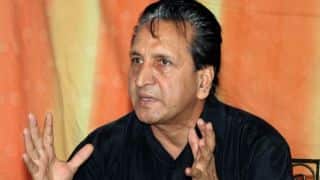