KKR will face SRH in the Eliminator match of IPL 2016 at Delhi and might bring in Tait as a replacement for Andre Russell.

Kolkata Knight Riders (KKR) were dealt with a serious blow after their main all-rounder Andre Russell injured his leg in a match against Royal Challengers Bangalore (RCB) in the Indian Premier League. However, his injury didn’t mean that they wouldn’t qualify for the playoffs of the season. KKR managed to beat Sunrisers Hyderabad and progressed to the final stages of the tournament. Although, what was a concern for them was the fast bowling department. And, therefore Shaun Tait was seen sweating it out in the nets before their Eliminator match against Sunrisers Hyderabad (SRH). KKR and Gautam Gambhir more importantly, look like they want to strengthen their pace attack. LIVE CRICKET SCORECARD: Sunrisers Hyderabad  vs  Kolkata Knight Riders , Eliminator match, IPL 2016

KKR’s fast bowlers haven’t had the best of seasons so far. Morne Morkel and Ankit Rajpoot have been good in patches. Umesh Yadav has leaked too many runs at times and Andre Russell’s absence might cost them dear. More so because he has been KKR’s highest wicket-taker with 15 wickets in 12 matches. The spinners Piyush Chawla and Sunil Narine have taken 11 wickets each and all-rounder Shakib Al Hasan has taken 5 wickets.

Shaun Tait last played for Peshawar Zalmi in the Pakistan Super League (PSL), took 10 wickets in 9 matches in the tournament. His pace and yorkers might help KKR get early wickets against SRH, but SRH’s batting order cannot underestimated as well. David Warner and Shikhar Dhawan have been in fine form up the order and have took responsibility for scoring the major amount of runs. Tait’s inclusion therefore might be a gamble. 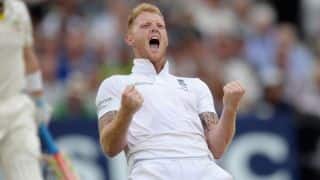