Gautam Gambhir added KKR have learnt a lot from what happened last year and hopefully they don't make the same mistakes.

Kolkata: Last season’s early elimination still fresh in his mind, Kolkata Knight Riders skipper Gautam Gambhir today said his team would not take anything for granted as it prepares to clash against a wounded Gujarat Lions in their IPL match here tomorrow. KKR are currently sitting on the top of the table with 12 points but Gambhir recalled that they were in a similar position last season also when they were leading the table but two reverses in the last two matches meant they failed to make the playoffs. Full Cricket Scorecard: Kolkata Knight Riders vs Gujarat Lions, Live Score, 38th T20 Match, IPL 2016

“I don’t think we should be taking anything lightly because we have realised what happened last year. After the first 12 games everyone thought we were through but ultimately we were the only side which couldn’t qualify,” Gambhir recalled. “We couldn’t win one game of the last two and we don’t want to go that route. We want to play as a professional unit and as a champion unit. We want to take each and every game as it comes and try and first qualify for the playoffs and then see where we finish. Tomorrow is an important game,” he said on the eve of their match. Live Cricket Scorecard: Kings XI Punjab vs Delhi Daredevils, IPL 2016 Match 36 at Mohali.

Gujarat Lions are placed at number two in the table and Gambhir feels that tomorrow’s win against them would help his team increase the margin of points. “If we can win the game tomorrow it will increase the gap and we will have one game in hand. We have learnt a lot from what happened last year and hopefully we don’t make the same mistakes,” said the captain. At a time when other teams are struggling with their opening combination, Gambhir’s partnership with Robin Uthappa at the top has been good.

“It is difficult to say what has clicked. The important thing is both need to score and that is what makes a good combination. One person cannot just keep scoring runs and it becomes a successful opening pair. Ultimately your job is to go out there and score runs. We both have been doing that and that is why we have stuck together for a long time. Why people have changed their opening pair is because they have not clicked together or not been scoring runs. It is not about how the openers are doing, it is about how individually you are performing as well. Once you both start performing that is what makes a good combination. Not one person makes a good combination. That could be the reason why we have been opening for a very long time,” explained Gambhir. 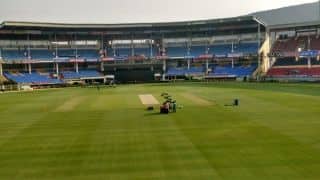 IPL 2016: Heavy security to be deployed for matches at Visakhapatnam 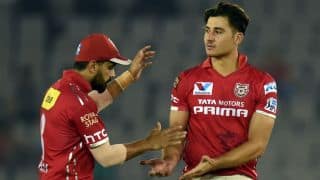