Former champions and hosts Kolkata Knight Riders (KKR) take on visitors Royal Challengers Bangalore (RCB), in Match 48 of the ongoing Indian Premier League (IPL) 2016, at the historic Eden Gardens Stadium in Kolkata on Monday, as the live cricket streaming of the game is available on starsports.com and Hotstar, while the live telecast of the match is available on Sony SIX HD, Sony ESPN and Sony ESPN HD, along with Bengali, Tamil, Telugu and other commentary on Sony SIX, while the Hindi commentary is available on SET MAX. KKR need just a win to confirm their playoffs spot, and a win against RCB would do it. FULL CRICKET SCORECARD: Kolkata Knight Riders vs Royal Challengers Bangalore, IPL 2016, Match 48 at Kolkata

Despite an early scare, KKR got home with eight wickets to spare, courtesy of a magnificent innings from Yusuf Pathan. But it was the KKR bowlers, who had set the game up beautifully for them. For the very first time in the tournament, the bowlers came good for RCB as well. Chris Jordan led from the front and picked up four wickets who was well supported by leggie Yuzvendra Chahal, chipping in with three wickets as GL were bowled out for just 104. FULL CRICKET UPDATES: Kolkata Knight Riders vs Royal Challengers Bangalore, IPL 2016, Match 48 at Kolkata

RCB bowlers did a fine job in the previous match and all of them could retain their place at least for this match. KKR may not require any changes to their playing XI. Sunil Narine made a triumphant return to the team, giving away just 10 runs in 3.4 overs. The other bowlers too did their part and chipped in with crucial wickets. 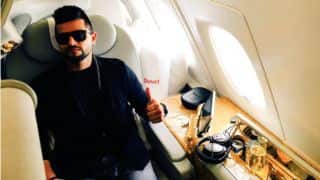