Devendra Fadnavis stressed that they would not allow to host the matches unless Maharashtra would get full assurance of using non-potable water.

Mumbai: Maharashtra Chief Minister Devendra Fadnavis on Friday refused to provide potable water for maintaining the pitches for this year’s Indian Premier League (IPL) and said that he is not bothered even if the matches are shifted out of the state. “My government has taken strong position in the High Court. We have said that we will not provide potable water for IPL for this season .We don’t have any problem even if IPL is shifted, but no potable water will be provided,” he told the media here. Live Cricket Score: Mumbai Indians (MI) vs Rising Pune Supergiants (RPS), IPL 2016 Match 1 at Mumbai

Fadnavis stressed that they would not allow the IPL organizers to host the matches unless the state would get full assurance of using non-potable water. “It was put forth by the organizers (IPL) that they would use non-portable water. We have said unless we ensure that it is non-potable water we cannot allow. So, we are okay even if it is shifted,” he added. Maharashtra is facing acute shortage of water at the moment, with drought-affected areas getting only 20 liters of water per day. READ: Ajinkya Rahane donates Rs. 5 lakhs for drought relief in Maharashtra

A PIL was filed by NGO ‘Loksatta Movement’ in the Bombay High Court against hosting the IPL in Maharashtra, stating that about 66 lakh litres of water was spent on maintaining pitches at the Wankhede stadium in Mumbai, DY Patil stadium in Navi Mumbai and Sahara stadium in Pune during the 2013 edition. 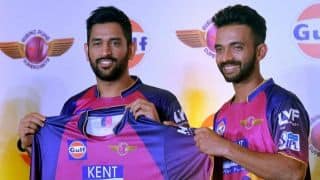 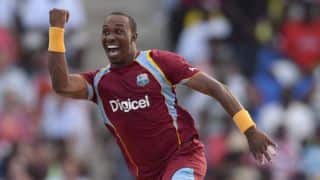