South Africa all-rounder and key player of Delhi Daredevils (DD) in the ninth season of Indian Premier League (IPL), JP Duminy recently praised Rahul Dravid saying he brings a ‘different dimension’ to the team. The former India cricketer, who is currently the mentor of the Delhi-based franchise, has a lot of IPL experience and has been a part of the now banned IPL team Rajasthan Royal (RR). Mentioning that, Duminy said the support provided by Dravid has worked essentially behind whatever success DD tasted so far in this edition of the tournament. READ: IPL 2016: Rahul Dravid praised by Kieron Pollard

Talking to cricket.com.au, Duminy said, “It has been a short time but he has been a great help so far. He has had a similar role with Rajasthan Royals and he has a fair share of success with them. He brings a different dimension to our team and the type of character he is, he wears his heart on his sleeve, and he commits a hundred per cent to whatever he puts his mind to. That’s what you want from a coach, that he understands his players. I think man management, from a player’s point of view, is very crucial in these types of tournaments. The way he manages us as international players gives us the tools to be successful as a team.”

Duminy also shared his experience with DD in IPL. “I have enjoyed it (playing for DD) immensely while playing for different teams and the great thing about the IPL is that you build friendships outside your own country. You get to understand the different cultures within one team and that’s been the most rewarding part of being in the IPL, apart from the playing experience in front of packed crowds,” the player said. 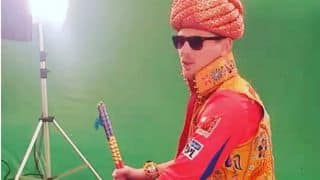