Rajkot: England wicket-keeper batsman Sam Billings, who is playing his first Indian Premier League (IPL) tournament said, “Delhi Daredevils wants to keep winning momentum going in an IPL match against Gujarat Lions tomorrow”. Daredevils has eight points in six matches and placed third in the point table while Gujarat Lions is top of the table with 12 points in eight matches. Daredevils won their last match against Kolkatta Knight Riders in which Billings made 54 runs in teams total 186 for 8 and then restricted KKR on 159 in 18.3 overs and won the match by 27 runs. “We had won our last game against KKR and we want to keep winning momentum going when we play against Guajrat Lions tomorrow,” Billings said in pre-match press conference here at SCA stadium Khandheri. Full Cricket Scorecard: Gujarat Lions vs Delhi Daredevils, IPL 2016, Match 31 at Rajkot

Both team will play second time in the tournament and in previous encounter Daredevils lost the match by a narrow 1 run margin. Gujarat Lions posted 172 for 6 and reduced Daredevlis for 57 for four in 11 overs. However Chris Moris hammered eight sixes and four fours in his 32 balls unbeaten 82. “Morris had put Daredevils almost on victory position. we worked hard and now we are ready for tomorrow’s game,” he said.

When asked about playing in Indian condition with mentor like Rahul Dravid, billings said:”It’s a great learning opportunity to spend time with Rahul, who always asked bastmen to use footwork properly. Your footwork has to be so good while playing against spinners in Indian condition and overseas young players can learn from Rahul how to use footwork while playing against spinners, and it’s a great opportunity to learn from him.” READ: IPL 2016: One of a kind Englishman! 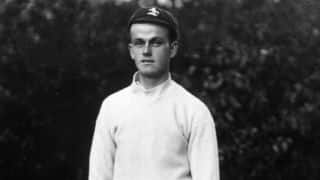