IPL 2016: Schedule to be announced on Tuesday

IPL 2016: Schedule to be announced on Tuesday

It is believed that there will be 11 venues, including three second centres - Nagpur, Raipur and Kanpur -- of three teams with likes of Gujarat Lions, Kings XI Punjab and Delhi Daredevils.

As the ICC World Twenty20 (T20) 2016 officials are still finalising some minute details, the Indian Premier League (IPL) managers are done with the schedule for the tournament, as reported on Mumbai Mirror which is scheduled to be announced on Tuesday. Due to Mahashivratri the schedule announcement date has been postponed. It is believed that there will be 11 venues, including three second centres – Nagpur, Raipur and Kanpur — of three teams. As was reported by this paper, Gujarat Lions will play a few games at the Green Park Stadium in Kanpur which was recently inspected by the IMG. The IMG are the tournament managers. READ: Rahul Dravid announced as Delhi Daredevils mentor for IPL 2016

Kings XI Punjab have been allotted Nagpur as their second centre with Mohali holding three matches. Delhi Daredevils will play three home games at Raipur, though initially the home ground Feroz Shah Kotla will be considered. Should the DDCA fail to get the required clearances, it might shift the games to Indore. Mumbai Indians, Rising Pune Supegiants, Kolkata Knight Riders, Sunrisers Hyderabad and Royal Challengers Bangalore teams will play all their games in their home centres. The Ipl is set to start from April 9 and the tournament will end on May 29. The first match will be played at Wankhede and the play offs will be held at Pune while one of the play off will be held in Bangalore. READ: IPL 2016: Kings XI Punjab appoints Anand Chulani as peak performance coach

The Board of Control for Cricket in India (BCCI) will be hosting opening ceremony on April 8 at Wankhede which has not been planned for ICC World T20 2016 for which the bids were invited. Four parties are believed to be part of this ceremony. 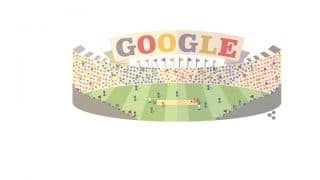