"We appeal to fans unable to enter the stadium to watch the game from their home or friends' place." - Karnataka State Cricket Association (KSCA)

With hosts Royal Challengers Bangalore (RCB) playing in the first qualifier of IPL here on Tuesday after four back-to-back wins on trot, cricket mania has gripped the city for its high-voltage contest against debutant Gujarat Lions at the Chinnaswamy stadium. “All tickets have been sold out. There is a scramble for more complimentary tickets and passes from VIPs and sponsors. We appeal to fans unable to enter the stadium to watch the game from their home or friends’ place,” a Karnataka State Cricket Association (KSCA) told IANS here on Monday. Live Cricket Scorecard: Gujarat Lions vs Royal Challengers Bangalore, IPL 2016 Qualifier 1 at Bengaluru

Though the home team had won only four of seven games played here since April 12, there was and is no dearth of fans flocking to the 40,000-seat stadium in hordes to watch the home team. “In view of the heavy rush for tickets and passes, we had to seek police intervention at the counters to regulate fans and control the situation for preventing any untoward incident and deploy additional forces to maintain order,” the official said.

“As the final is also being hosted here this Sunday after the Bombay High Court ordered the BCCI to shift it out of Mumbai due to water crisis in Maharashtra, we are bracing up to make it a grand success with or without RCB playing,” the official added. Though RCB and Lions have squared off by winning against each other on their respective home turfs, the massive 144-run win by Royals here on May 14 as against six-wicket win by the latter at Rajkot on April 24 makes the home team favourites to enter the final with a repeat performance on Tuesday night. READ: Virat Kohli then and now: An analysis of the changes since England Tour 2014

Even if RCB loses to Lions, it will have another chance to enter the final by playing against the winner of the second play-off on May 27 in New Delhi and face the Lions again here on May 29 for the title. Two-time title winners Knight Riders take on Sunrisers Hyderabad in the eliminator game on May 25 in New Delhi. 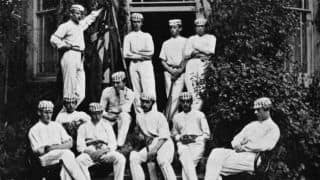