The ninth edition of the Indian Premier League (IPL) will have few unique features in the upcoming season. The IPL 9 begins on April 9 with new features such as live interactive sessions with cricket fans, and those in the stadium will be having an even more interesting facility. If during any game, the third umpire’s intervention is sought for any decisions, the fans will also have the ability to have their say. It has been revealed that the cricket fans in the stadium will be provided with the placards reading ‘OUT’ and ‘NOT OUT’, and they will be able to tell their opinion on the call that has been made. ALSO READ: IPL 2016: Katrina Kaif, Ranveer Singh, Jacquline Fernandes, Yo Yo Honey Singh to perform in opening ceremony on April 8

The IPL 2016 edition will begin on April 9, and the tournament’s final will be played on May 29. There will be eight teams as usual, with Chennai Super Kings (CSK) and Rajasthan Royals (RR) being replaced by Rising Pune Supergiants (RPS) and Gujarat Lions (GL) for this edition.

The Supreme Court of India had banned these two teams after their owners were found guilty in the IPL 2013 spot-fixing and betting scandal. It was a shock which jolted the entire cricket fraternity. Chennai Super Kings (CSK) and Rajasthan Royals (RR) will be suffering a two-year ban, following which they will return in the league for 2018 edition.

During a press conference, it was informed that IPL will have LED stumps for the first-time ever, and even though the water problem in the state of Maharashtra has hit hard, the state will continue to host IPL cricket matches. The ICC’s anti-corrption body will continue to monitor proceedings in the IPL 2016, with Maharashtra police officials too playing a key role. 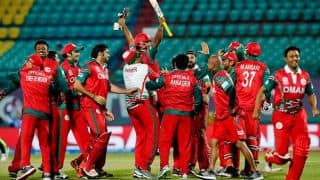