Kolkata Knight Riders (KKR) batsman Yusuf Pathan has thanked team management for giving him the opportunity to bat for nearly half the innings.

Bangalore: Hard-hitting Kolkata Knight Riders (KKR) batsman Yusuf Pathan has thanked the team’s head coach Jacques Kallis and his assistant Simon Katich for reposing faith in him and giving him the opportunity to bat for nearly half the innings. KKR won by five wickets with five balls to spare to eventually climb to the second spot on the Indian Premier League points table. Pathan hit a match-winning unbeaten 60, guiding his team to a thumping win over Royal Challengers Bangalore. FULL CRICKET SCORECARD: Royal Challengers Bangalore vs Kolkata Knight Riders, IPL 2016, Match 30 at Bengaluru

Yusuf admitted that carrying the match-winner tag did bring its own pressure, especially since it is difficult to be consistent when batting down the order.
He expressed gratitude to the team management for showing trust in him and sending him in with more than ten overs to go in the innings. “It is not easy. When you come in with two or three overs to go and you need to hit big shots every ball, you won’t have that kind of consistency. But I back myself and, importantly, my team has faith in me. So it is important to have that confidence,” Yusuf was quoted as saying by iplt20.com on Monday.

“I thank Jacques Kallis and Simon Katich for trusting me and giving me ten overs to bat. After spending two or three overs at the crease, you get into the zone and things become easier. So I am very grateful to them for having faith in me and giving me that opportunity.” Andre Russell (39) and Pathan logged a 96-run partnership of 45 balls for the sixth wicket. Pathan reached his half century in 27 balls.

Asked about the game plan behind the match-winning partnership, the veteran Baroda batsman said, “We were not thinking of anything in particular. We knew if we stuck around and played our shots, the target would not be too difficult to chase.  At one point, when I was setting myself up, Russell played really well, taking the pressure off me. So that was very important, that we played for each other,” he added.

“We wanted to keep wickets in hand, while still playing our shots to prevent pressure from building. We knew that if we could take it deep, then one over of 20-25 runs could swing it our way.”

The 33-year-old also praised skipper Gautam Gambhir for backing his players. “Gambhir is a very good captain and he believes in, and backs his players under any situation. If you noticed today, Piyush Chawla gave away some runs early on in his first two overs, but Gambhir trusted him and gave him the ball again. And see, he picked up wickets later on. It is important for us players that your captain backs you all the time,” Yusuf said. 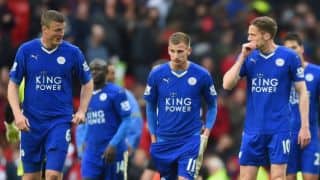