IPL 2017: AB de Villiers registers his highest ever T20 score in a losing cause as Kings XI Punjab thrash

The only good news for RCB was the return of AB de Villiers not only to the side but also to form.

In match no. 8 of Indian Premier League (IPL) 2017, Royal Challengers Bangalore (RCB) were taken to the cleaners by Kings XI Punjab (KXIP). Punjab won the tie in an imposing manner, by 8 wickets, racing to victory (with 33 balls remaining) against Bangalore. The only good news for RCB was the return of AB de Villiers not only to the side but also to form. De Villiers knock ensured Challengers did not suffer any Monday blues. Starting slowly de Villiers smacked 3 fours and 9 sixes in his innings to record his 36th T20 half-century. He got some support from Mandeep Singh and Stuart Binny down the order, but in the end he smashed 89 not out in a team total of 148 for 4. FULL CRICKET SCORECARD: Kings XI Punjab (KXIP) vs Royal Challengers Bangalore (RCB) IPL 2017, match 8

Unfortunately, his half-century went in vain as RCB lost the tie after Hashim Amla and Glenn Maxwell stitched a 72-run stand. This was de Villiers highest T20 score in a losing cause, the previous best being his 77 in the now-defunct Champions League T20, for Titans against Chennai Super Kings in 2013. Titans lost that match by 4 wickets. This was also the second highest score for RCB that came in a losing cause. .

Leading the chart in this dubious list is Virat Kohli. Virat remained unbeaten on 100 as Challengers lost against Gujarat Lions despite setting a target of 181. De Villiers is followed by Chris Gayle, who struck 86 against Kolkata Knight Riders in 2012. Yuvraj Singh too features after his 83 against Rajasthan Royals went in vain in 2014. 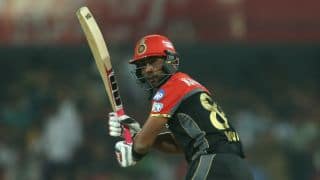 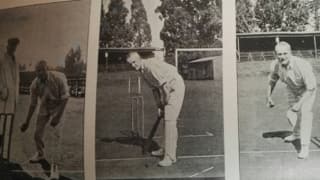